The cost of healthcare in the US is constantly rising, and while many people do have some form of medical insurance, millions live their lives with no such protections. However, even those with medical insurance coverage can face the possibility of needing medical treatment that they must pay a portion of, and sometimes even the portion of the bill that the patient is responsible for can be monumental. This can leave individuals and even families saddled with large amounts of medical debt, whether they have insurance or not.

The Medical Debt Relief Act is a bill being debated in congress that functions to expand a 2016 piece of legislation and as an amendment to the FDCPA. It extends the time consumers have to pay a medical debt before it is reported on their credit and hastens the removal of paid or settled debts.

Medical treatment can sometimes be anticipated; however, in most cases, it comes as a surprise. Unexpected emergencies, accidents, or sudden diagnoses can not only lead to sudden and substantial medical expenses. In some situations, these unforeseen events can even change the daily life of the patient going forward, sometimes requiring ongoing treatments or expensive adaptive technologies. Once this debt begins to stack up, it can cause a downward financial spiral that can be difficult to recover from, and the new Medical Debt Relief Act of 2021 seeks to give consumers more protections regarding collections; here is everything you need to know about it. 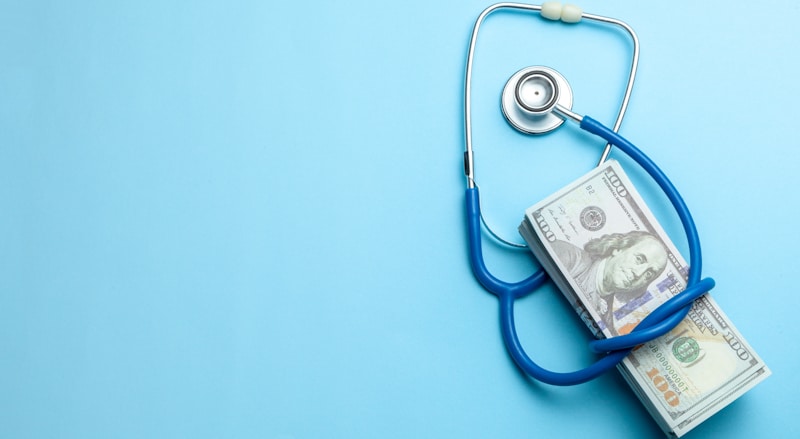 What Is The Forgiveness Act For Medical Debt

The Medical Debt Relief Act of 2021 is a piece of legislation introduced in early 2021, and its goal is to bolster the rights of consumers when it comes to paying off medical debt. The changes that it proposes are to not only how medical debt is reported and listed on the patient's credit report but also what types of debt can be listed and how long the creditors must wait before they can begin collection efforts.

The additional protections that it provides for consumers are aimed at giving them more time to pay an existing medical debt before it is reported to the major credit bureaus, allowing a longer window before credit damage begins to occur due to the debt. It also functions to help the credit damage done by medical debt to be repaired more quickly once the debt is paid by mandating that paid or settled medical debts be removed from the consumer's credit report immediately.

The legislation was originally introduced by well-known California State Representative Katie Porter in February of 2021 and has been referred to the House Committee on Financial Services. The bill has been cosponsored by Senators Robert Menendez, Richard Blumenthal, and Chris Van Hollen, and once introduced to the senate, it was read and referred to the Committee on Banking, Housing, and Urban Affairs. It will still need to be passed by both the house and senate before it can be signed into law by the president.

If the debt goes unpaid, the hospital will eventually send the debt to a collection agency. The debt will be sent along with all debt information, payment history, and pertinent personal information needed to the debt collector. Debt collectors are firms, agencies, or businesses that specialize in pursuing debts, collecting, or settling them, but they are legally obligated to adhere to certain standards of conduct.

In the past, debt collectors have been found to be so persistent and, in some cases, even forceful that legislation was passed in 1977 called the Fair Debt Collection Practices Act (the FDCPA) that set guidelines as to how collectors can operate in general and how they can communicate with consumers whose debt they are attempting collect.

The FDCPA dictates that debt collectors and collection agencies at large must follow guidelines when attempting collection, which includes:

This means they are more frequently willing to work directly with the patient or consumer to make realistic payment arrangements or negotiate a settlement in some cases. When consumers are facing a significant amount of medical expenses, it may be possible to negotiate a settlement for less than what is owed, but that often requires that the consumer stick closely to a payment plan or schedule.

How Long Until Medical Debt Is Forgiven?

It is a common misconception that debts expire or are forgiven, but this is simply not the case. While there are time limits for being able to legally collect a debt and to have it listed on the consumer's credit report, these time limits do not absolve the consumer of the debt itself.

Medical debt may be placed for collections after 6 months of non-payment, but once it has been listed on the credit report it can only remain there for the duration of the statute of limitations. The statute of limitations is generally 7 years, though the specific length will depend on the debt and the state in which the consumer lives.

Once the statute of limitations has expired, the credit item must be removed from the consumer's credit report. This will allow the individual's credit to begin healing, but it does not let the debtor off of the hook. They will still technically owe the money, though there will be no way to enforce collection efforts, and they can no longer be sued for the debt.

With the existing medical debt legislation that passed in 2016, any medical debt that a consumer creates cannot be reported to the credit bureaus for a minimum of 6 months or 180 days. While this does give those with such debts a large window to begin paying off the debt, more time is frequently needed, and in that time, credit damage can occur.

Can The Medical Debt Relief Act Of 2021 Help You?

If you have medical expenses or debt that is less than a year old, the updated Medical Debt Relief Act Of 2021 may be the key to helping you clear your medical debt before it causes havoc with your credit report. The original Medical Debt Relief Act Of 2016 already has some protections, such as preventing medical debt reporting for 180 days, but if it becomes law, the updated version will provide you with a full year to pay your medical debt off before it can be counted against you.