It is no secret that many influencers make millions of dollars a year. Discover who the highest-paid TikTokers are.

Learn more about them and the other highest-paid TikTokers, as well as how these influencers earn their money. 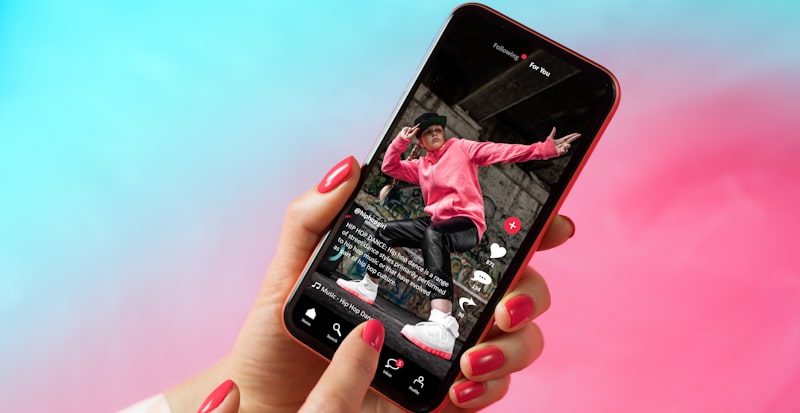 The TikTokers Who Get Paid the Most

Everyone has a different definition of success, including financial success. But most people would agree that anyone who makes more than a million dollars a year is financially successful. That is the case for the top TikTokers.

With 2022 well underway, experts have calculated how much the top TikTokers made in 2021, and the figures are impressive.

According to a Forbes report, the top-paid celebrities on TikTok brought in a total of $55.5 million in 2021. This is a 200% increase from 2020. Many of the highest-paid people on TikTok have also used their TikTok fame to branch out into other areas, from acting to music.

How Do TikTokers Earn Money?

Most people are familiar with at least some ways TikTokers earn money, but likely not all. You will see a combination of the following income sources as you look at the richest TikTokers.

TikTokers are mainly influencers, and as such, the largest chunk of their income tends to be from sponsored content. Estimates indicate that between 30% and 50% of the average TikToker's income will be from this type of content.

As a refresher, sponsored content is when a brand pays the influencer to post on their TikTok, advertising their products.

The price per post depends on several factors, including the product, the TikToker, and the size of their following. Most of the bigger TikTok stars receive $100,000 to $250,000 for a single post. Some even earn $500,000 per post.

Many TikTokers sell merchandise, such as clothing or stickers, with their names or other items on them. These are a common way for fans of any celebrity to show their support, and TikTokers use them as an extra revenue stream.

Some TikTokers take advantage of their fame to create other business ventures. Given that most TikTok celebrities have a strong sense of style and fashion, it should come as no surprise that fashion lines are a common option.

In addition to fashion, beauty, including makeup and skincare, is another area in which TikTokers tend to excel. Some have taken the chance to create beauty lines as a way to have long-term income even if their TikTok fame fades.

Since TikTok creators star in short videos, it is not a huge stretch for them to make the jump to the silver screen or the big screen. Several have at least appeared on shows, if not starred in them.

Some TikTok stars use their fame as a launching pad for a music career. This works well with TikTok due to the ability to use original audio or established songs in videos.

Other TikTokers have taken their fame to other platforms or modes of entertainment. Podcasts are a popular option for many TikTokers who are natural entertainers.

Some TikTokers have even turned to become authors. Avani Gregg, for example, has a book deal for an autobiography.

The Top TikTok Earners in 2021

Some of the highest earners on TikTok in 2021 were newcomers, while others had been on the platform for years. This is important, as it shows that which celebrities are popular on TikTok fluctuates, just like other TikTok trends do.

With that in mind, here are the top earners from 2021. Keep in mind that these only include people who rose to fame because of TikTok. A-listers also regularly earn vast amounts from sponsored content posts on TikTok.

Charli D'Amelio is easily the biggest TikTok star, and she has been for several years.

She also has a new fashion line with Dixie, her sister, and the #2 earner on this list. This is called Social Tourist and is a joint venture with Hollister.

In terms of acting, Charli and her sister Dixie had both a Hulu series and a Snap series. The latter is a series of 10 shorter episodes. In each, the sisters compete over board games, baking, or something else.

Some of Dixie's sources of TikTok income were already mentioned. These include the shows on Snap and Hulu with her sister and the Hollister clothing line.

Dixie is also taking advantage of another income source – music. Dixie is working on her pop career. In 2021, she released "Psycho" featuring Rubi Rose, the rapper, and "F-kboy." The first of these reached number 25 on the Billboard U.S. pop chart.

Dixie's music career took off, enabling her to be in the Jingle Ball concert series, including performances in Chicago, Boston, and Dallas. She's also performed alongside the Jonas Brothers and Ed Sheeran.

Addison Rae may easily be the best example of a TikTok star making a successful pivot to acting as a way to boost her career. She was the lead in Netflix's "He's All That," a remake of "She's All That." After the movie's Netflix debut in August, it was number one in 78 different countries.

That movie was not Addison's only deal with Netflix, although there are still no details on what movies are involved or a timeline.

In terms of sponsorships, one of Addison's highest-earning ones is with American Eagle.

Addison also has a product line called Item Beauty. This is a joint venture with Madeby Collective. Several of the products are on sale at Sephora and other stores.

Bella Poarch started rising to fame on TikTok in August 2020, showing how quickly someone's status – and earning potential – on the platform can grow. Bella's first viral video was her lip-syncing to a British rap song.

In 2021, Bella earned money from major sponsorships. These included Prada, Tinder, and Google.

Like Dixie, Bella is also working on a music career. She released "Build a Bitch" as her first single in May 2021. It got up to the number 56 spot on Billboard's pop chart.

Josh Richards tied with Bella Poarch to earn $5 million from his TikTok fame in 2021.

Some of his biggest sponsorships include CashApp and Amazon.

Josh is one of the TikTokers with a podcast. He co-hosts "BFFs," a Barstool Sports podcast.

Josh also has several business ventures creating and selling products that he hopes will bring sustainable revenue. He co-founded a venture capital firm called Animal Capital. As of 2021, that firm has already raised $15 million and helped fund projects that span the spectrum. For example, Animal Capital has supported a project to resurrect the wooly mammoth (Colossal) and an app for influencers to find collaborators (PearPop).

He also has a line of energy drinks called Ani.

Kris is another TikToker who quickly rose to fame. In her past career, she was a hairdresser. But the pandemic made her switch gears.

Kris rose to fame for her sketch comedy videos. She plays various recurring characters who are a hit.

In addition to being a hit on TikTok, Kris is popular on YouTube. The fact that she has 4.5 million subscribers on YouTube is impressive, as videos on TikTok and YouTube tend to be fairly different. After all, YouTube videos tend to be longer and feature more meaningful content.

Kris has also accumulated a long list of sponsorships in 2021. These include Pantene, Lionsgate, and Hershey.

Tying with Kris Collins, Avani Gregg first entered the TikTok limelight in summer 2019. Her makeup tutorials, including those as Harley Quinn, saw her rise to fame. She was also an original Hype House member.

Avani has recently ventured into acting. She appeared in the web series "Chicken Girls."

She also has a book deal in the works with Simon & Schuster.

Most people are highly unlikely to reach these earning levels.

Contrast the above figures with the average that content creators earn. This is typically about $20 to $40 for a million views.

Many influencers have risen to celebrity status on TikTok. Charlie and Dixie D'Amelio earned the most in 2021, and all of the top seven TikTok earners made at least $4.75 million each last year. The earnings are a combination of sponsored content, product lines, and TikTokers expanding their careers into music, acting, podcasting, and more.