Depending on your faith, you may want to know what the Bible says about debt. Read on to see the relevant verses and the Bible's overall message about debt.

The Bible highlights the importance of repaying debt. It also says that you can't serve both God and money and that debt enslaves you. Most of the verses mentioning debt follow this theme that it is best not to have debt.

Take a closer look at the specific verses and the details on what the Bible says about debt and borrowing money.

What Does The Bible Say About Borrowing Money?

Debt is not one of the main themes of the Bible, yet it comes up frequently throughout the Bible's Old and New Testaments. Most of the time it is mentioned, it is to emphasize the ideal of not having debt or the potential harm that comes with incurring debt.

Let's take a look at some of the lessons the Bible teaches about debt and look into relevant verses.

Debt In The Bible – You Should Repay Your Debt

It seems like a logical moral stance that you should always pay back your debt. At least, that seems like the moral stance when it comes to loans from smaller companies or individuals. When you owe money from a multi-million or billion-dollar company, though, it may seem tempting to not pay it off. Or you may feel that bankruptcy is the only option.

However, the Bible outlines that it is wrong if you don't repay your debt.

You can find this in Psalm 37:21. Part of that psalm says, "The wicked borrow and do not repay."

While the Bible says that you should pay your debt, most Christians agree that God will not be overly concerned if you do not have the ability to do so. If you have to declare bankruptcy or negotiate with the lender, then do so.

The message, however, is that you should repay your debt if you have the capability.

The Bible On Debt – You Can't Service Money And God

When you are in debt or simply chasing as many revenue streams as possible, it almost feels as if you are "serving money." The Bible says that "You cannot serve both God and money." This quote comes from Matthew 6:24.

"Serving money" can be a concern at either end of the income spectrum. If you are living paycheck-to-paycheck, all you think about is money and how you will pay your bills. If you are rich and continue to look for more ways to make money, then money remains your master.

Most Christians interpret this verse as encouraging you to live below your means and living debt-free. Many also see this as an encouragement to give tithes.

The Bible Says Debt Enslaves And Burdens You

If you look at Proverbs 22:7, it says, "The rich rule over the poor, and the borrower is slave to the lender."

This makes logical sense as well. When you have debt, everything you do and every decision you make is with the goal of paying it back. You cannot save money or make choices based on what is best for you, as your debt has to be your priority.

Others interpret this as saying that when you have debt, you are enslaved to the mistakes you made in the past that put you into debt.

Some interpretations also take this to mean that debt "burdens" you instead of "enslaves" you. Either way, the result is the same. You will have a feeling of hopelessness, and all of your efforts and decisions involve working to pay off your debt.

A verse from Nehemiah 5:3-5 also highlights that debt enslaves you. And it extends that slavery to your children. The verse mentions people who mortgaged their property to get grain because of famine. Others borrowed money to pay the taxes on their properties. But those who borrowed money "are forcing their sons and daughters to be slaves." The verse also says, "But it is not in our power to help it, for other men have our fields and our vineyards."

That verse highlights the predicament that debt puts you in, directly connecting it to slavery.

Debt Makes It Harder To Provide

Because debt enslaves you, it is also harder for you to meet other financial commitments. For example, you are responsible for providing for the church and your family.

This comes through in Psalm 37:21. It reads, "The wicked borrows but does not pay back, but the righteous is generous and gives." This psalm emphasizes that you are righteous if you provide for others.

Proverbs 13:22 also highlights the importance of avoiding debt to provide for future generations. In part, it reads, "A good man leaves an inheritance to his children's children."

1 Timothy 5:8 further highlights the importance of providing for your family. It says, "But if anyone does not provide for his relatives, and especially for members of his household, he has denied the faith and is worse than an unbeliever."

Debt Takes Away Your Rest

The idea that having debt eliminates your rest ties into some of the previous lessons from the Bible. After all, slaves have no rest. If you have debt, you "serve money" as all of your efforts go to paying it off.

But the fact that debt takes away your rest becomes especially important when you consider it in the context of the Sabbath and its importance.

The theme of rest continues with some Bible verses about forgiving debt after seven years. This follows the pattern of the Sabbath, where you rest on the seventh day. But instead of days, this turns to years.

You can find relevant verses in Deuteronomy. In 15:1-2, it says, "At the end of every seven years, you shall grant a release. And this is the manner of the release: Every creditor shall release what he has lent to his neighbor."

It continues in Deuteronomy 15:9 by admonishing against the desire to not forgive a debt. This includes the warning against, "Your eye looks grudgingly on your poor brother, and you give him nothing, and he cries to the Lord against you, and you are be guilty of sin."

The Bible Encourages Caution Before Going Into Debt

Given that the Bible says that debt enslaves you and you can't serve God and money at the same time, it makes sense that it also cautions against taking on debt.

Look at Proverbs 22:26-27. The full verse says, "Don't be one of those who enter agreements, who put up security for loans. If you have nothing with which to pay, even your bed will be taken from under you."

The second line reinforces the previous point about how debt enslaves you. Meanwhile, the first line emphasizes caution.

This is good advice for anyone, regardless of religion. Before going into debt, you must always weigh the pros and cons. It is also best to avoid debt when possible.

Ecclesiastes 5:5 also encourages you to think about debt before taking it on. But this verse specifies that your consideration should be whether you will be able to pay it off. It says, "It is better that you should not vow than that you should vow and not pay."

The Bible Says Procrastinators Use Debt

In Proverbs, the Bible outlines that procrastinators take out a debt against their future selves. While this is not necessarily a financial form of debt, it can be.

One of the most relevant quotes comes from Proverbs 6:10-11. It says, "A little sleep, a little slumber; a little folding of the hands to rest; and poverty will come on you like a thief; and scarcity like an armed man."

Another relevant verse is Proverbs 21:5. It reads, "The plans of the diligent lead surely to abundance, but everyone who is hasty comes only to poverty."

While it relates to debt, this verse highlights the importance of hard work. It can tie back into the other lessons from the Bible about debt, as working hard can help you be debt-free or pay back debts that you already have. 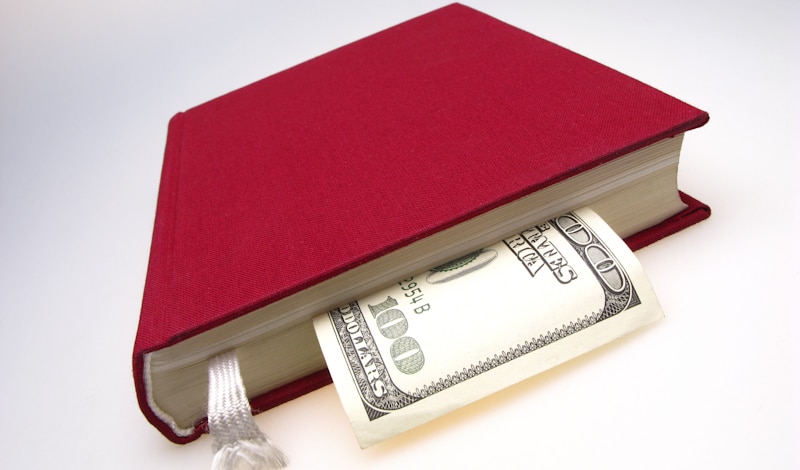 Other Bible Verses About Debt

The following are some other Bible verses regarding debt that are worth mentioning:

The key part of this verse is "owe no one anything, except to love each other."

This is a straightforward sentence that emphasizes that you should avoid debt.

This verse reads, "Give to the one who begs from you, and do not refuse the one who would borrow from you."

It highlights the importance of lending or giving to those who need it. It is one of the examples of how while the Bible discourages debt, it also encourages Christians to help others financially, even if that means letting them take on debt.

The Bible has numerous passages that mention debt and lending. Overall, it teaches that you should avoid debt whenever possible. If you must take out a debt, you should be cautious when doing so. You should also prioritize paying it off. Until you do so, you will be a "slave" to the debt, making it impossible to fully serve God.