One of the nice features of credit cards is that you can dispute charges for fraud, making it easy to protect yourself. But what happens if you falsely dispute a credit card charge?

If you accidentally dispute a credit card charge, let your card issuer know and expect to potentially pay administrative and/or financing fees. The merchant may also retaliate and close your account. If you file a false dispute on purpose, you can expect similar consequences. However, if you file false disputes on a massive scale, there may also be legal consequences.

Take a closer look at the differences between accidentally and knowingly falsely disputing a credit card charge, as well as everything else you need to know about chargebacks. 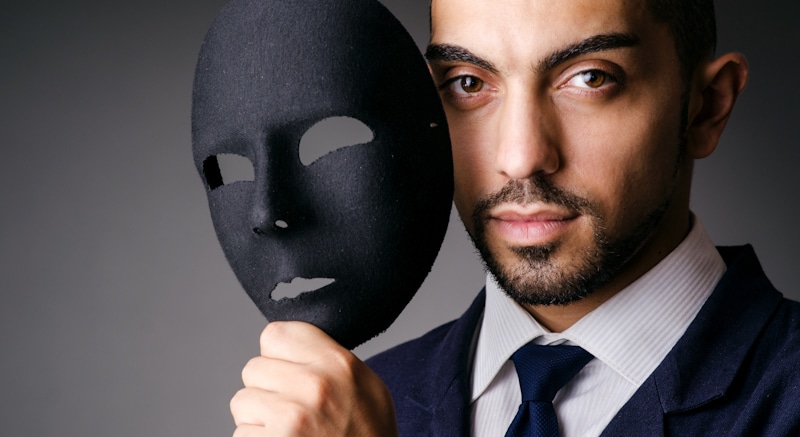 A big advantage of credit cards over debit cards is that it tends to be much easier to be reimbursed for fraudulent charges. You simply file a chargeback, and the credit card issuer will open a case. But this system is also easy for people to abuse. To prevent that, there are potential consequences if you falsely dispute a card. While there are penalties even if it is an accident, those are typically much less than if you falsely dispute a charge on purpose.

Why You May File a False Dispute

There are two main categories of false credit card disputes: intentional and accidental ones.

The most common reason for an intentional false dispute would be if you wanted to try to get something for free, which is technically stealing. It should go without saying that the law is not supportive of thieves.

Some people may also intentionally file a false dispute for other reasons. Maybe they just don't want the company to get money because of an interpersonal conflict. But that would still be stealing.

Perhaps the most common reason for an accidental false dispute is if you don't recognize a transaction. There are a few potential reasons for this to happen:

What to Do Before You File a Dispute

The best way to avoid accidentally filing a false credit card dispute is to keep track of your credit card transactions and check your records before filing a chargeback. If you see a charge on your card that you don't remember making, check your receipts. If you don't recognize a company's billing name, Google it to see if it is a store you shopped at recently.

Ask for an Explanation

Thanks to the Fair Credit Billing Act, you have the right to ask for explanations on any of your credit card transactions. That may be enough to help you remember what happened.

Don't Think of Chargebacks as Replacements for Refunds

When deciding if it is appropriate to file a chargeback, remember that you shouldn't use this process as an alternative to a refund. It is better for you and the merchant if you just reach out to them and ask if you can return an item or get a refund on the product or service.

If they don't cooperate with you, then you can start to consider a chargeback. But this would only be a legitimate consideration if you've exhausted all other options and the product or service was different from what was advertised. Buyer's remorse is not a good reason.

Reach Out to the Merchant

If you want to dispute a charge because of a billing error or an issue with the product or service, try talking to the merchant before filing a chargeback. Chargebacks lead to fees for merchants and can hurt their ability to find payment processors. As such, they typically want to work with their customers to resolve issues without resorting to chargebacks.

Of course, if the issue is that your credit card was stolen, you can skip this step and go ahead and file.

If you are worried about accidentally falsely disputing a credit card charge, then the best remedy is to ensure you understand legitimate reasons to dispute a charge. These include the following.

Any fraudulent charges will require filing a police report in addition to a credit dispute. In the case of someone opening a card in your name, this is identity theft. If someone stole your card information and used it, this would be theft.

The good news is that there is no time limit for filing fraudulent disputes. So, you can file one as soon as you notice it. The other good news is that you likely won't have to pay anything. A handful of card issuers will require you to pay the first $50 of fraudulent charges, but this is becoming very rare. Additionally, you can typically have that fee waived just by filing a police report.

As a side note, if you need to dispute a charge because of fraud, you should consider canceling your credit card. At the very least, temporarily freeze your account and ask for a new card with a new number and new security code.

The other major reason to dispute a credit card charge is if there is a billing error. This could be an inaccurate refund, a basic math error, or automatic billing continuing for a canceled subscription. It can also include charges for goods and services that you didn't accept.

You will notice that one of the billing errors is a canceled subscription that still came out with automatic billing. This is a very common reason people file chargebacks, such as when a shady gym keeps billing after you cancel.

If you want to file a dispute because of a billing error, act fast. Your cardholder agreement will have a time limit on doing this. It is usually either two billing cycles or 60 days.

Disagreements With the Merchants or Faulty Items

Yet another acceptable reason to file a credit card dispute is if you get a faulty item or are in a disagreement with the merchant. Examples include:

The product is damaged or faulty.

The product was not as described or represented.

The service was not performed as you agreed upon.

You never received the item.

This also applies if the purchase was invalid. That can include incorrect charge amounts, charges you didn't make, and charges that don't appear on your statement. As with billing disputes, you must file within two billing cycles or 60 days.

As mentioned, the consequences of filing a false dispute are different depending on your intentions, mainly whether it was accidental.

If you accidentally file a false dispute, your credit card issuer will still start the process to look into the fraud. The merchant will likely provide proof of the purchase, so the card issuer will side with them. This will typically result in you paying an administrative fee.

Remember that the merchant may also take action. The most likely scenario would be canceling services or memberships you have with them. Your bank or credit card issuer may also decide to drop you for filing a false dispute, as you wasted their time and resources. You would be seen as a liability.

There is also a chance that if you falsely file a chargeback, any future ones will not be taken as seriously.

Most of the time, you will simply face the same consequences for filing a false dispute intentionally as you would if you filed it accidentally. But there are some exceptions. Namely, if you file a lot of these or they are for large amounts, you could face legal consequences for attempted theft. This could include fines or prison time. The merchant can also sue you for filing a false chargeback.

Other Consequences of Filing False (or Real) Disputes

Whether or not your dispute was legitimate, the company may decide to cancel your subscription or services or no longer work with you as a customer. In the case of smaller businesses, getting too many chargebacks can put them out of business. There is also a good chance that a merchant with a lot of chargebacks will raise their prices to make up for it.

More like this: Ideas For Retirement Gifts – Celebrate The End Of A Career

The ability to file a credit card dispute is there to protect consumers. But it is also easy to abuse, which is why there are consequences for doing so. If you file a false dispute, you may face fees such as "administrative" fees. The merchant may also stop doing business with you. In extreme cases, intentional false disputes can even lead to legal consequences like jail time. Avoid issues by always confirming that a credit card charge is incorrect or fraud before disputing it.