Credit Privacy Numbers (CPNs) began their life as a workaround for having to provide your Social Security Number (SSN) for various reports. In light of the Privacy Act of 1974, consumers were no longer forced to show their SSNs unless for federal purposes required by law. And thus, CPNs were born.

While CPNs aren't illegal, using them in place of your SSN in an effort to obtain a credit card or other credit-related services is against the law. In this guide, we take a closer look at Credit Privacy Numbers, including their use, how to obtain one, and more.

Credit Privacy Numbers are nine-digit numbers that you can use instead of your Social Security Number to protect your identity. CPNs keep your SSN safe by shielding it from companies that want to request it for various reasons, such as marketing offers and employment applications.

If CPNs are so handy for protecting personal identity, why doesn't everyone have their own set of numbers? Well, they aren't exactly legal, and in fact, you could be breaking the law by using them. Keep reading to find out if you should consider getting a CPN. 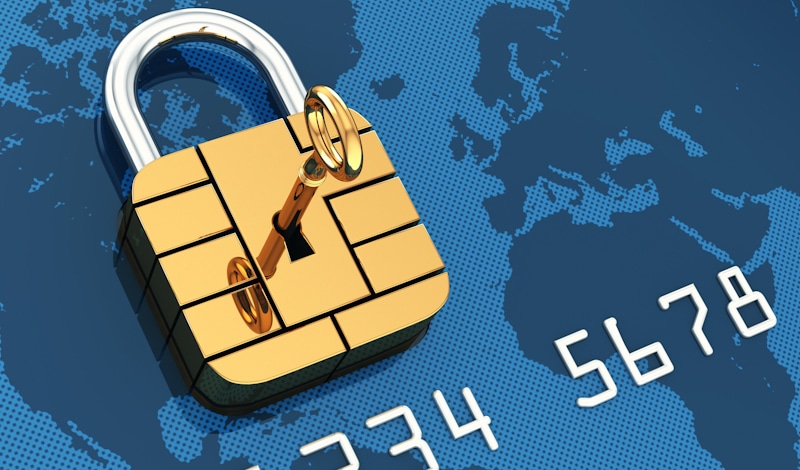 What Is a CPN Number?

If you have a low credit score, finding ways to improve your credit rating can be a frustrating and daunting task. It seems like everywhere you turn, there's another company or website promising the secret to cleaning up your credit. However, many of these "quick fixes" are scams. Some even charge for their services upfront and never deliver on what they promised.

Credit Privacy Numbers operate on the idea that they can deliver quick and easy solutions for people with low or bad credit scores. They charge a fee upfront and promise immediate results. But those quick results never come, and those who have been scammed often end up worse off than before they started using the service.

So, what's a better option? Credit repair through a reputable company. By working with an experienced company specializing in credit repair, you will be able to follow a step-by-step process to rebuilding your good standing with lenders and creditors.

The first red flag is the fact that these numbers are eerily similar to Social Security Numbers. They both consist of nine numbers, and the companies that offer CPNs are often marketing illegal activities. Remember, it is against the law to use a Credit Privacy Number for the purpose of rebuilding your credit rating or applying for a credit card.

In some cases, you could be taking part in a ploy to get you to give up your Social Security Number and other personal information. Moreover, these numbers are usually short-lived and non-sequential, and they're made to seem like a higher level of protection than your SSN.

But the truth of the matter is that CPNs aren't recognized by any government entity. You can't get a Credit Privacy Number legally issued to you because no official agencies use them in any capacity. So, what are CPNs even used for, then?

What Is a CPN Used For?

When it comes right down to it, CPNs operate in a grey area legally. They're not against the law to use per se, but questionable organizations often use them in ways that are illegal. For example, one of the primary uses of CPNs among such "companies" is to help fix your credit score.

But here's the rub; credit applications don't require your Social Security Number according to federal law. So you shouldn't have to worry about presenting an alternate identifying number to apply for a credit card or other credit-related service. And as we'll discuss further momentarily, those claiming they can use your CPN to fix your credit often ask you to change other details about yourself, such as your home address.

That alone should tell you that their approach to resolving your credit isn't lawfully sound. What's more, it's highly unlikely that a credit company would approve you just because some numbers are different. The more probable outcome is that your attempt to pass off modified metrics as legitimate will raise suspicions and result in further investigation.

Getting your credit score back on track often feels overwhelming. Not only do you have to worry about paying off past debts, but you also need to make sure you don't take on any new ones. It's an intimidating process, even for those with the best intentions.

Fortunately, the task doesn't have to be as difficult as it seems. There are some effective ways that you can rebuild your credit rating that don't use questionable tactics. Examine the steps below for a handy starter guide on improving your credit score.

In most cases, you should avoid using a credit repair agency, as that will be another expense you don't have right now. Instead, you must become diligent in resolving all of your credit issues that have caused your rating to lower. Don't try to take on all of your debt at the same time if you can't afford to do so.

Rather, you should tackle them one at a time until they are all paid off. There's liberation in financial freedom, but it's only possible with hard work and a commitment to change. You won't find a quick fix in a magical number. So if you're tempted to get a CPN to repair damaged credit, it's best to avoid it at all costs and seek a route that's proven and legal.

Technically, Credit Privacy Numbers are legal. However, how you use a CPN can dictate its legality. Moreover, some shady organizations attempt to sell stolen Social Security Numbers by passing them off as CPNs.

It's also important to note that a Credit Privacy Number is a supposedly random nine-digit number that replaces your SSN in certain transactions. But not all Credit Privacy Numbers are unique like an individual's SSN, and they can be generated by anyone. This means there's no way to know if the numbers generated are actually secure; people may end up with the same number, which can lead to fraudulent activity.

How to Get a CPN

Bear in mind that CPNs aren't official government numbers and therefore aren't recognized at any government level. If you do obtain a CPN, it will have to come from a third-party company. If your sole purpose for getting a Credit Privacy Number is to somehow improve your credit score, you will be breaking the law if you go through with it.

What's more, if you don't obtain a CPN from a trustworthy party, you could potentially be buying a stolen Social Security Number. In doing so, you could open yourself up to a whole set of legal problems.

Now, with all that said, CPNs can work as a way to protect your Social Security Number against theft from third-party companies that require proof of identity. But the use of your CPN must remain limited to such. Elsewise, you run the risk of committing a federal crime if you end up buying a stolen SSN.

Conviction of this type of crime is punishable by up to 15 years in prison, so you have to ask yourself if it's really worth the risk. You can often determine whether a CPN company is legitimate by the process they use to administer their numbers. For instance, some may ask you to change your phone number and email address or even obtain a new driver's license with a different address.

Again, these should be immediate red flags that tell you something isn't right. On top of the shady practices you're asked to take part in, you'll also have to pay for your CPN. If this still isn't enough to deter you from seeking out a Credit Privacy Number, consider this: The Federal Trade Commission (FTC) is on record as saying that companies selling CPNs are outright scams.

Hopefully, this guide has served to illuminate the potential risks and clear concerns of Credit Privacy Numbers. It's understandable if you want to protect your Social Security Number. But if government agencies don't legally recognize CPNs, is there really any point in getting one? If you're told a CPN can fix your credit problems, get away as fast as you can. Hard work and different spending habits are what's needed to improve your credit rating.